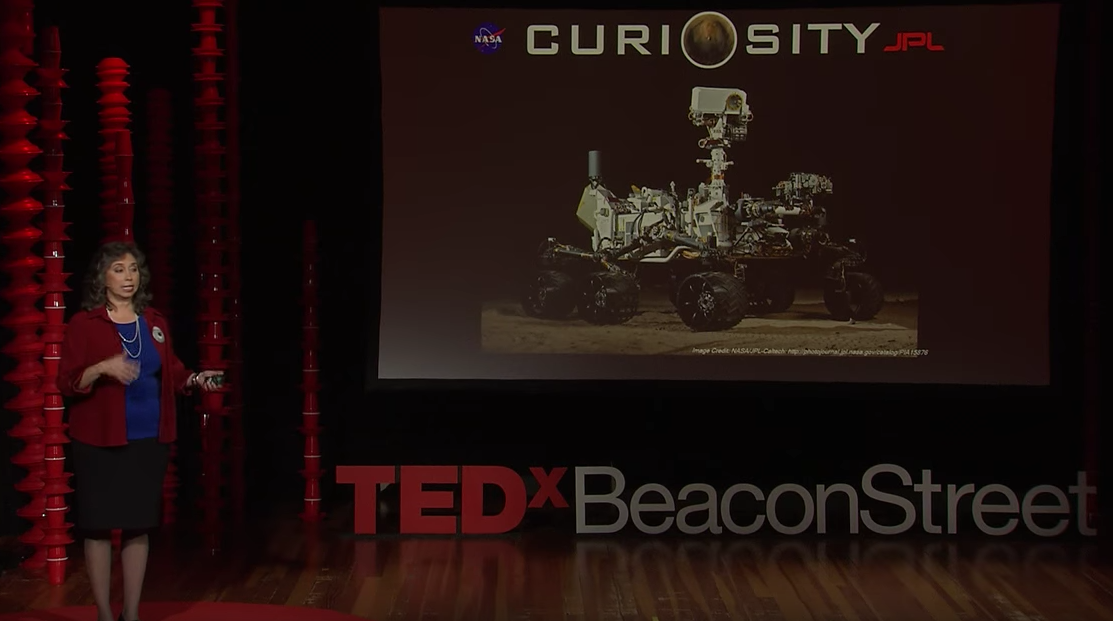 During the TEDx Talk, Cox fuses humor and intellect to give an entertaining account of working with rovers on other planets. One day on Mars, referred to as a sol, is approximately 40 minutes longer than a day on Earth which presents unique challenges when syncing work schedules on Earth to Martian time. In order to work on Mars time, the team at JPL adjusts their days to work alongside the rovers by starting 40 minutes later each day, at times resulting in arriving to work in the middle of the night. By living on Martian time the JPL teams can coordinate and communicate with the Mars rover more effectively, but they only do so in the first three to four months of a mission to make the best use of the vehicle/lander at the start of the mission. After, due to the harsh toll it can take on the body, they switch to a modified Earth time that tracks Mars within reason. During the talk, Cox explains the difficulties and adjustments that she and others experienced while living by the Martian schedule. She showcases her Mars watch, discusses the unique Mars jargon, and gives a window into how Mars time affects the families of the JPL team members.

“These rover missions are our first steps out into the solar system. We are learning how to live on more than one planet. We are changing our perspective to become multi-planetary.”

Cox joined the JPL team in 1993 after serving in the US Air Force as an Orbital Analyst at NORAD/Space Command. She graduated from Cornell University with a Bachelor of Science in Operations Research and Industrial Engineering as well as a Bachelor of Arts in Psychology. Cox is currently a systems engineer at JPL where she has served on and managed multiple interplanetary robotic missions, including the NASA-JPL Galileo mission to Jupiter, the Kepler mission to search for Earth-like planets, the Mars Curiosity Rover, and other Mars Exploration Rover Missions.

Check out the TEDx Talk below or on YouTube by Clicking Here.

Make sure to keep up with the latest space-related content at Journalists For Space.

Enjoy this article? Help support the writer by donating below.