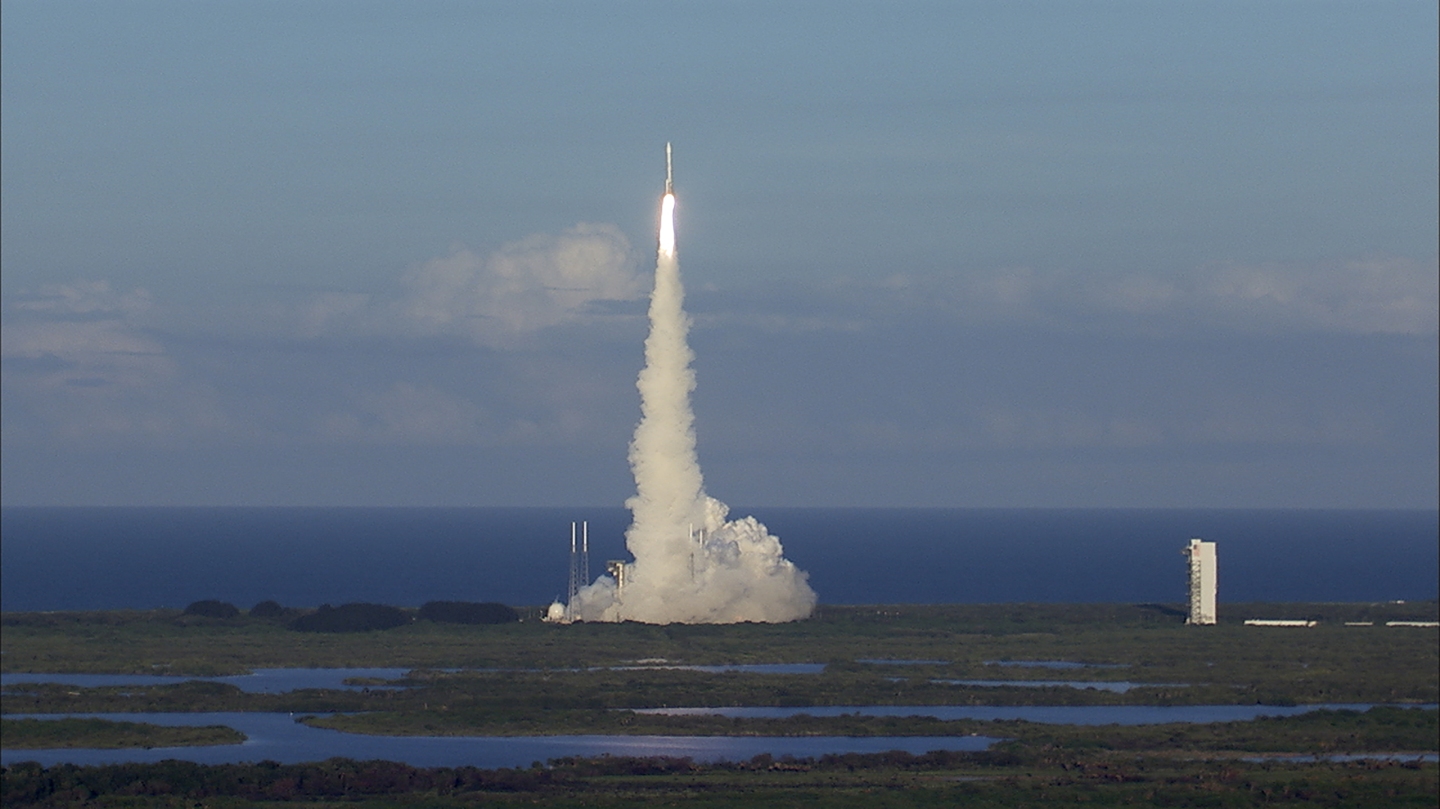 The Atlas V 411, a United Launch Alliance rocket, has successfully launched from Cape Canaveral, Florida, carrying the spacecraft OSIRIS-REx (Origins Spectral Interpretation Resource Identification Security – Regolith Explorer). The spacecraft, built by Lockheed Martin, is designed to gather samples from the carbon-rich asteroid, Bennu (formerly 1999 RQ36).  The near-Earth asteroid will be surveyed by OSIRIS-REx for two years before briefly rendezvousing with the surface to collect samples using the spacecraft’s mechanical arm.  The spacecraft contains five specialized sensing and scanning instruments that will be utilized to explore Bennu, determine a sample location, and provide important information about the surface. 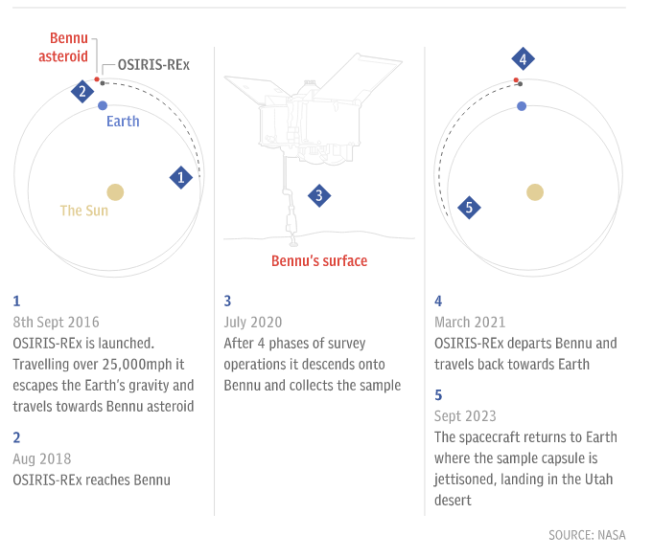 Once the samples are collected, using the Touch-And-Go Sample Acquisition Mechanism (TAGSAM), it will return to Earth completing its seven-year mission.

Scientists will analyze the asteroid samples in hopes of better understanding other asteroids, as well as how planets and life were formed in our solar system. The OSIRIS-REx spacecraft is targeted to reach the asteroid in 2018 and is estimated to return home to Earth in 2023.

The Atlas V, flown three times previously, can have up to five strap-on boosters; although, to get the OSIRIS-REx into space only one booster was required. According to United Launch Alliance, “The Atlas V 400 series incorporates the flight proven 4-m diameter 12.0 m (39.3 ft) large payload fairing (LPF), the 12.9 m (42.3 ft) extended payload fairing (EPF), or the 13.8 m (45.3 ft) extended EPF (XEPF).”

Why is this cool?

The OSIRIS-Rx mission is cool because it could potentially give clues to how life began on Earth. How life arose is currently unknown, but scientists have speculated a comet or asteroid may have brought the ingredients of life to the planet. The findings from Bennu could revolutionize our understanding of the solar system.

Why should I care?

You should care about this mission because as of right now, no body really knows how complex-life began on this small rock being hurled through space we all call Home.

NASA continues to increase the agencies public outreach by allowing traditional media and social media influencers to receive special access to events. For the OSIRIS-REx launch, NASA allowed Social Media influencer Haley Vaca access through the NASA Social program. According to Vaca, “the experience was absolutely amazing. I am so thankful that NASA allowed me to experience this first-hand. For obvious reasons, the Launch was the best part of the Social; but other than that, seeing all the behind the scenes activity and everything that goes into this mission, it is truly Jaw dropping.”

If you are passionate about space and satellites, and you are a social media influencer, you can apply for the GOES-R Launch in November. Find out more about the NASA Social program by CLICKING HERE.

Check out a video of the launch below:

Make sure to follow Journalists For Space for more OSIRIS-REx and other space related updates!

Enjoy the “OSIRIS-REx Seeks to Find Origins of Life” article? Help support Journalists For Space by donating below!